If you’ve come from Kristi Rose, welcome!! Her book is sale- just an FYI!!!!

This week Jeanne McDonald provided the topic this week.

Outside of writing, what is your day job?

My career as an attorney had a bumpy start. A new graduate of law school, I couldn’t find a legal based job in the middle of a recession that had a few of the largest laws firms in Boston crashing down. Instead, I volunteered at Legal Assistance and helped clients who couldn’t afford legal services. Within a year, I had opened a small law firm and also became a court appointed attorney representing parents who had lost or were at risk of losing their children for abuse or neglect. The learning curve was huge and the stakes were high. I loved it, yet the constant pressure to not mess up and ruin someone’s life hovered over me constantly.

And then I moved to a new state for my husband’s medical training and found a job with an accounting firm doing tax law. I became an international corporate tax specialist. Working with some of the wealthiest corporations in the world had amazing perks. Instead of visiting the poorest homes in the area, I was dining at the best restaurants. I received an assignment to work in the London office complete with a furnished two bedroom flat a few blocks south of Big Ben. The hours were grueling at times, but I enjoyed the challenge.

And then, almost a decade after becoming a tax attorney, I moved to a new state for my husband’s career. This time, I had two children in tow and the long hours at the office didn’t seem so satisfying. I homeschooled the kids to keep their lives more stable while we moved yet again.

When the kids went to school, I began writing and I love it. It’s the job I was meant to do, and yet something was missing. There are so many people in the world who don’t have access to decent legal assistance. I’ve seen how huge corporations spend enormous amounts of money to maneuver through regulations for their own financial gain, while people who have done nothing wrong but been born poor have to fight a system rigged against them. And I have a law degree that has value to those people.

So I’m reentering the legal profession not in the corporate world, but back to my legal assistance days. I have a part time practice that represents children and their parents in abuse and neglect cases. The pay isn’t great, but the impact is huge.

I’m currently writing a legal thriller and having my characters head into a courtroom for a murder trial. It’s been fun mixing my two lives together.

Head on over to Jami Denise and see what she does when not writing amazing books. 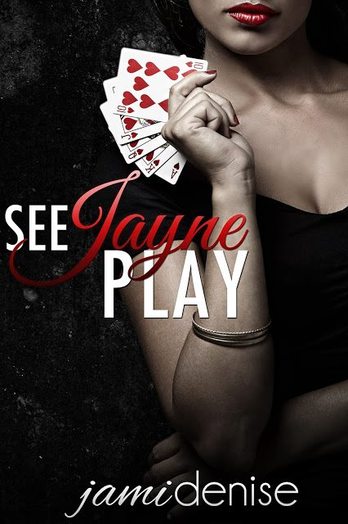